← more from
Beacon Sound
Get fresh music recommendations delivered to your inbox every Friday.
We've updated our Terms of Use. You can review the changes here. 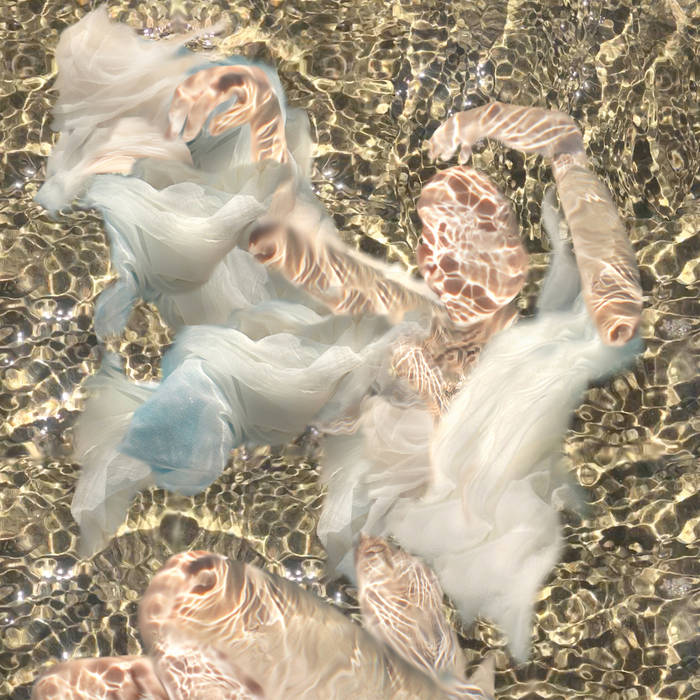 notsorandomlistening Splash! Puzzling shoals pour from lips. Bubbling buoys of song tickling ears with ripples, fuzzy feels, a jacuzzi in your shell-like, an intimate sea of sound. Blissful but not becalmed. Jump in!

Have Spacesuit - Will Travel

"Sage Fisher’s latest, Body of Water, skirts the shoreline of future pop. It’s a bracing mood shift for an artist that previously fell softly in the ambient/experimental zone. On 'Night Vision,' her mutating voice is backed up by a rattling, Timbaland-like rhythm, and a simple pulse propels 'Clearing' forward like a steady wave...Fisher soars and splashes through this exciting stage in her artistic evolution. "
– Robert Ham, Bandcamp Daily (Album Of The Day)

Sage Elaine Fisher returns with Body Of Water, recorded last year against the backdrop of the emerging Covid-19 pandemic with Grammy-nominated producer Tucker Martine. Body Of Water represents both a deepening and an expansion of her singular sound. Although the harp retains its pivotal role as Fisher's instrument of choice, the album features a stronger emphasis on her voice, delivered in a series of arresting incantations that take flight over a bed of ground-shifting beats and percussion.

Mining the rich seams of experimental pop music, Fisher projects warmth and vulnerability alongside a newfound clarity and confidence, bringing themes of betrayal, transformation, and self-renewal into her songwriting process in a true symbiosis of life and art. Few artists can tackle such complex subject matter, yet leave you exhaling in wonder midway through the album as Break ("I'm making preparations for the apocalypse / everything I touch, I break") unfolds out of its percussive frisson into an utterly gorgeous and transportive ambient soundscape. Body Of Water lives and breathes at the intersection of contemporary pop and the intertwined worlds of electronic, ambient, and neoclassical music – witness an artist metamorphosize in real-time, and with the deft hand of one of the world's most renowned producers by her side. Indeed, as Fisher writes, Body Of Water "moves in and out of the physical, fluttering between worlds, just as I was."

Sage Elaine Fisher is an American composer, performer and sound artist. She is best known for her performance project, Dolphin Midwives, which abstracts harp, voice and percussion using electronics, extended techniques and ritualized processes. Her work explores themes of empathy, sustainability, vulnerability and transformation through social experiment, psychoacoustics and magic.

Dolphin Midwives’ debut record, Orchid Milk, was self-released on limited edition tape in May 2016. Her installation, Naturaphones, was shown in 2017 at The Bison Building, as a culmination of a six month residency for PNCA+OCAC, and featured large-scale interactive acoustic sculptures, ambient performance, and sculptural prototypes. In 2017, she founded and directed Dröna Choir to perform her new choral work, invisibility ritual; performed on the new moon in total darkness, to explore the space between silence and sound. Her sound art performance/installation, Break: preparations for the apocalypse, was shown at Variform Gallery in Dec 2018. Liminal Garden, Dolphin Midwives’ debut studio album, was released internationally on Jan 18, 2019 by Beacon Sound/Sounds et al to critical acclaim, earning the artist mentions in The New York Times, SPIN, and The Guardian, among other publications. In June 2019 she was voted one of Portland's "Best New Bands" in Willamette Week. She recorded Body Of Water in May 2020 with Tucker Martine at Flora Recording and Playback in Portland.

Bandcamp Daily  your guide to the world of Bandcamp